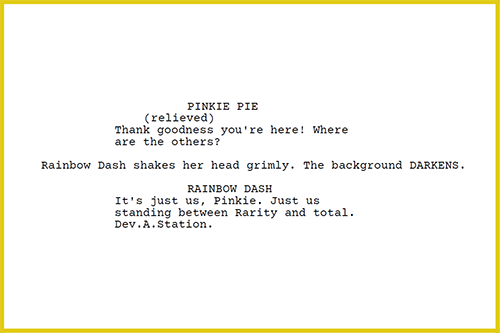 In Manehattan, Pinkie Pie and Rainbow Dash overhear another pony talking about how much they dislike Rarity’s designs. Thus begins a quest to protect Rarity’s self-esteem while changing the pony’s mind.  Events escalate into chaos, resulting in Rarity hearing the criticism. However, she is surprisingly unperturbed. She points out that when creating, everyone has tastes and just because somepony doesn’t find something to be their taste doesn’t mean that the product is bad.